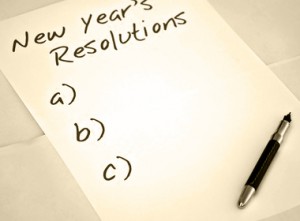 Last year, when speaking with our clients, business owners and IT directors, I made note of some of the plans they had for their IT infrastructures. Now that we’re already done with the first month of 2016, I started making calls and sending emails to see how many have followed through and offering any assistance we could.

Some of the 2016 “resolutions” were simple, and some were more complex.  Here’s a few of the more common items of interest:

Number one on the list was backing up data. Whether it was to actually get a backup plan in place for the first time, or to start backing up images of servers or workstations in addition to existing file backups, or to increase retention periods or to explore off-site cloud backups, I heard all through 2015 that 2016 was the year people planned on doing that.

Number two was to improve security. That took many forms as well, including updating firewalls, changing anti-virus, tightening policies, encrypting drives, you name it.

A ways down the list were adding new technology, such as Microsoft Surface or Apple iPad tablets, increasing network throughput with gigabit switches and faster Wi-Fi, implementing video surveillance or voice over IP phone systems (VoIP).

If you have not begun or completed your 2016 IT plans, why not? What can we do to help you?  Need a source to purchase the equipment from, or help deploying the technology, or both? Give us a call. We can even help with financing through our leasing partners.

Don’t put improving your network security off. Don’t risk aging equipment causing you costly downtime. Don’t risk losing your important data.   We are here for you!

Give us a call at 864.990.4748 or use our CONTACT FORM for more information. We serve the Greenville and Upstate SC area with computer, server and network support, sales & consultation.