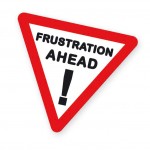 Backup? I can't even find reverse!

Not a week goes by that I don’t have at least one conversation with a small or even medium sized business owner who has no backup strategy in place at all. Today’s conversation was courtesy of a rather intelligent individual from Greenville who I have known and respected for some time now. He shall remain anonymous in order to spare him shame and harassment by all who know him for eternity.

Mr. X is busy running his business, which is thriving in a poor economy, but at the same time, he is also responsible for all computer repair & maintenance which is centered around half a dozen workstations, a couple notebooks and an aging file server. He backs up his data using some free software and a couple removable USB hard drives because the tape backup they have was outgrown years ago. The drives are “sometimes” taken off-site, but for the most part, they are on location and sometimes get swapped around.

The list of problems here is long. Obviously in the even to fire, theft, flood, or other catastrophic disaster, the data is probably gone, along with the backups. Even if that is not the case, using software which has no audit trail may prove inadequate if even a file or folder is lost on the server due to a user deleting it, as there is no way to ensure the data on the external USB drives actually contains everything, and when it was put on there. Still, a  recovered file that is far out of date is better than no recovered file.

Other problems are that the server is old, and from what he told me, his RAID array is not optimal, if I understood him correctly, one file drive failed a couple years ago and everything is hosted on the remaining drive in the server.

I made several suggestions to him today… One was to get his RAID working and get a local backup going using a new drive and quality backup software like Backup Exec BEWS from Symantec and a new backup drive that uses reliable and economical media. This was shot down immediately due to the cost. Next I suggested fixing the RAID array, optimizing his USB drive backups and implementing an Online Backup Solution, such as the one we offer from Servosity. This was of more interest to him due to the fact that he does not have to invest in a tape backup drive and backup software as well as maintain it and remember to change out tapes. HOWEVER, the recurring costs have him concerned.

What we are doing currently is setting him up to try our Servosity Online Backup Solution absolutely free for a couple weeks to get a feel for how it works, and allow us to tell him exactly how much he will be paying per month. If this works out, he will at least be protected.  Imagine losing your company data and how much it could cost you. Is it worth it to risk that? If you do not have a fully functional backup solution, please contact us and let us do the same for you. No obligation, no cost!