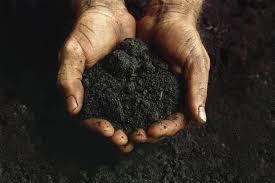 Dirt Cheap Computers - are they worth what you pay for them?

I’m sure you have heard the old adage “If it sounds too good to be true, it probably is…”

In the case of computers, servers, firewalls, VoIP equipment, Microsoft, Adobe and other hardware / software, that has always been true.

For example: We have one client who purchased Microsoft Office Professional 2003 a number of years ago on the cheap. I believe they purchased about 20 seats and were presented with an authentic looking disk and the product key from the dealer. They saved a significant amount over purchasing from CDW, Homeland Secure IT, or some other reputable Microsoft dealer. However, flash forward to present day and they are unable to receive support from Microsoft, they are being told the software is counterfeit, and will have to purchase new licensing at a very hefty price.

This is a common story these days. In fact, a quick Google search turned up Microsoft Windows 7 Professional for ~50 dollars. Come on, the cost to any reputable dealer is more than that, how can they SELL it for that? hrmmmmm

To make matters worse, this is happening with hardware all too often. A few months ago, Cisco was experiencing a shortage of ASA 5505 and other products. It was a horrible time for companies who relied on that hardware, so they began looking outside their regular suppliers. What they found were some deals on ASA 5500 products that were not really a “deal”, but they WERE in stock, so they ordered them. These were actually grey market dealers. They had no association with Cisco, and they were not selling new product. Some of the items sold were “new – old” stock (where it had been sitting on the shelves for a while, with older software loaded), some had been obtained from legitimate dealers who went under (at actual dirt cheap prices) by a company that bought all their stock, but the worst of them were actually STOLEN devices and then there were some reports of used or refurbished devices being sold as new.

All of these scenarios had one thing in common – the customer was paying for something they were not getting. Whether it was an actual new product, or a product that could be supported by Cisco SMARTnet support contract. Some customers received “bricks”, ASA firewalls that simply did not work, and the dealer was nowhere to be found when they sought support, and of course, Cisco will not support items which are not legit.

The inspiration for this blog post is that I read an article in a trade journal recently that warned of this type of unscrupulous behavior, and today at a lunch meeting, I was told of something similar happening to someone I know so I thought I would share that with you and maybe save one person from a bad experience.

The moral to the story is – buy quality product from quality vendors. Homeland Secure IT is such a vendor. We offer many products, including Cisco, WatchGuard, SonicWall, Microsoft, Trend Micro, Symantec and others through our partnerships with those manufacturers and though the cost is going to be higher than the “discount” internet price, you can find us, and we stand behind that product and sale 100%! You will never get a black market, gray market, used or refurbished item in place of what you pay for!

Call us today for more information at 864.990.4748 or email info@homelandsecureit.com – We offer computer service, support and sales in the Greenville  / Upstate SC area, and national sales.