Last Saturday night was a fantastically fun night as John, Megan and her friend Jess, and I headed to the midnight showing of Rocky Horror Picture Show at the Warehouse Theatre in Greenville.  We were in attendance of the first production of Rocky Horror two years ago and awaited the chance to experience it again.  Megan and Jess were super excited and decided to dress for the night in antici—–pation! 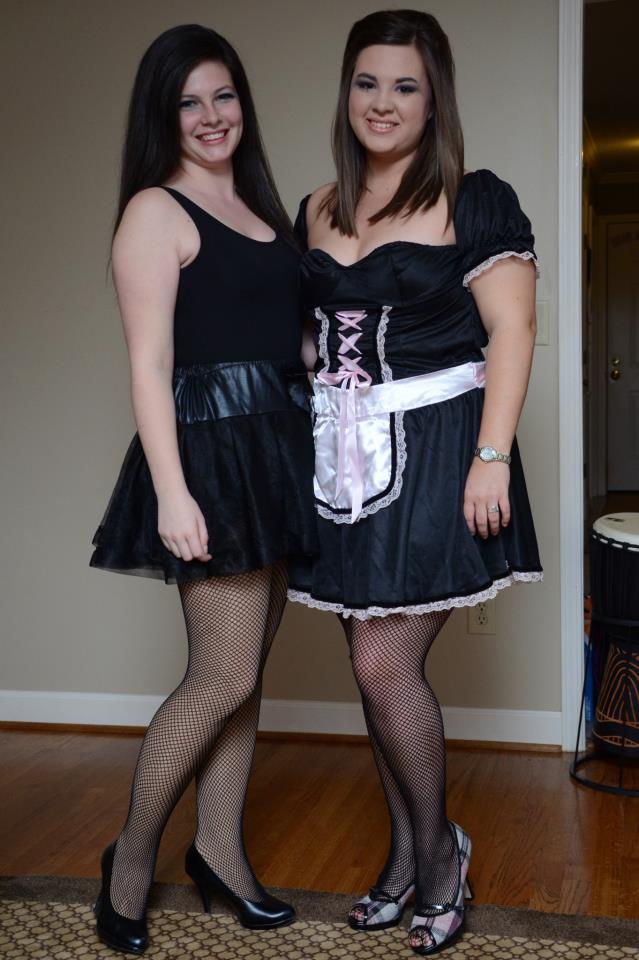 Megan and Jess before Rocky Horror at the Warehouse Theatre

We agreed that this year the audience participation was better and made for added unexpected entertainment.  The actors that returned for this production seemed even better as their skills were honed and witty.  Having Tim March in the audience was particularly hilarious as he heckled the actors with all of the anticipated lines from the days of the big screen production.  Tim taught Will Ragland (Frank ‘N’ Furter) how to crack a whip for one scene with Rocky (Graham Zielinski).  The whip failed to “crack” and Will Ragland was quick to point out that he “forgot to put batteries in it” for an impromptu jab at how difficult using a prop can be on demand.

“Working with Will Ragland must be incredible!” my daughter (Megan Hoyt, a music education major at Converse College) commented.  He adds such quick and unexpected twists in every production.  In one scene Will switches to a southern drawl when commenting on a RC Cola and Moon-Pie and also channels William Shatner as James T. Kirk in another.  I loved when he addressed the audience (Tim in particular) in his vocal performance of “I’m Going Home”! 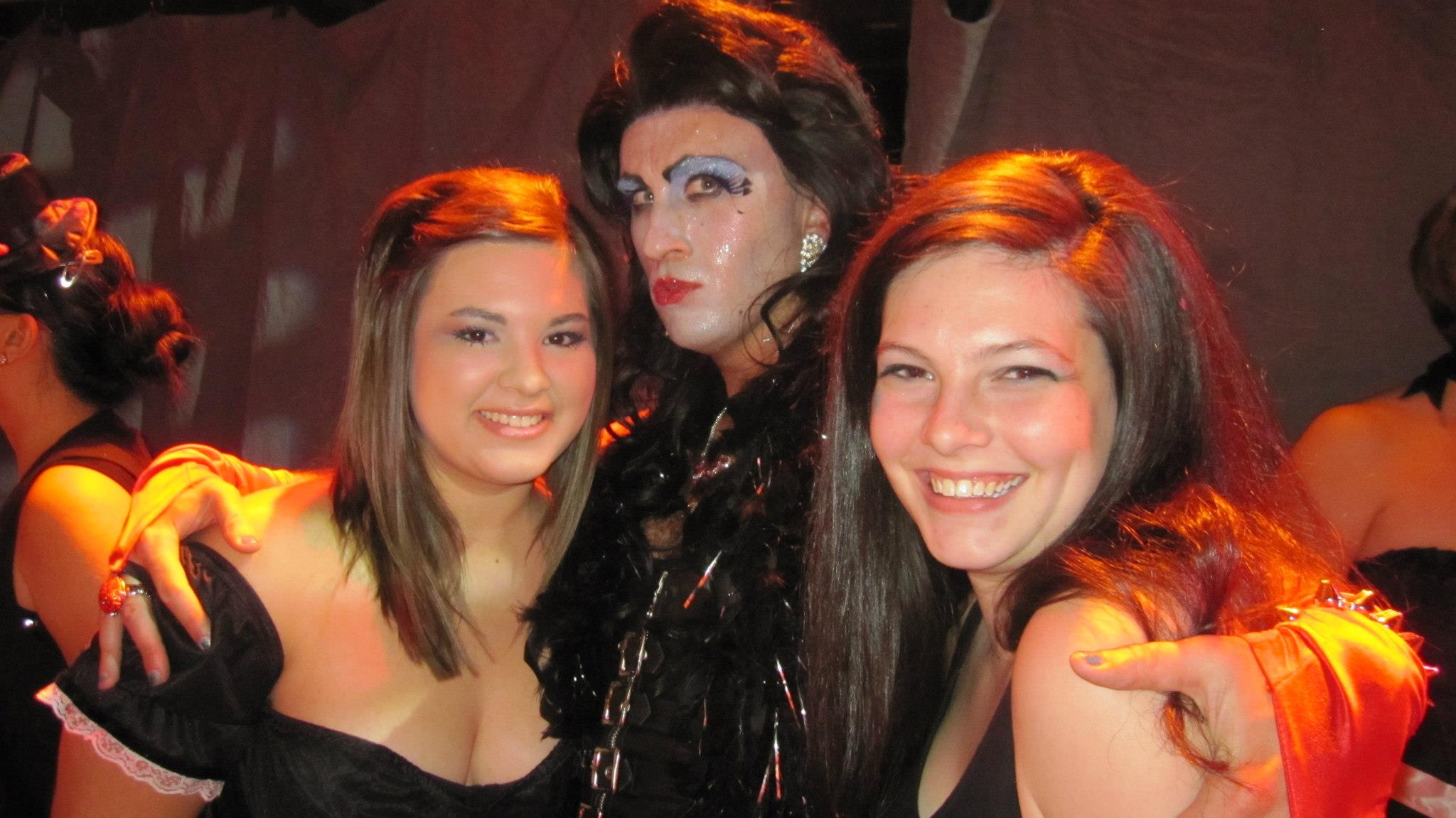 Will Ragland with Megan and Jess at Rocky Horror

Janet, played by Chelsea Atkins, was fantastic in her performance.  Her vocals were spot-on and her ability to stay in character was amazing.  I just don’t think I could stay so focused with the audience yelling “Slut”!  I do hope we will see more of Chelsea at the Warehouse Theatre as she has a great future ahead.  Several of the actors returned this year from 2010’s production of Rocky Horror.Chelsea and Brady Smith (Brad) had big shoes to fill and they did an excellent job with their roles vocals and acting.  Graham Zielinski was quite pleasing to watch in his role as Rocky  as he definitely had the build to display himself quite well!

Matthew Merritt’s portrayal of Riff Raff could not have been better.  He was quite captivating as the audience was drawn to his voice and interesting actions. You didn’t want to miss a moment!  We even loved his bump-up towards the end of the production when he addressed everyone, “I’m supposed to have a line here!” Always remaining in character. Jess Conneely (Theatre Major at Converse College) stated, “I like how incredible the actors were despite how late it was and how many times they’ve done it.  Also, how professional they were while still making it fun for the audience.”

I want to mention the bands performance was also a tremendous contribution to the production.  Megan, a music major, was quick to point out that the musicians were very much a part of the cast through their interaction with characters.  “The band members were extremely talented and worked their skills to a T,”  John noted as we were leaving the theater.  Some people come to see this play for the music.  Dancing in the audience to “Time Warp” and singing along to “Touch-A,Touch-A, Touch-A Touch Me” are experiences we’ll never forget!

Having grown up in the 80’s when Rocky Horror was still playing on the screen, it’s great to be able to share this with my children today.  A big “Thank You” is due to Brian Haimbach for once again directing his rendition of the show at the Warehouse Theatre.  And “Thank You” to Will Ragland for taking the time out of his busy schedule to display his talents in such a creative and captivating way.  This year he displays several wigs and “lets his hair down” even more for us to enjoy!  Greenville County’s Current Teacher of the Year is certainly well deserved.

You better get a ticket now because you don’t want to miss this performance of Rocky Horror.  They have a great online ticket purchase site at their website www.warehousetheatre.com  The 2010 performance was sold out and as it looks, this run certainly will too!   If you do miss it, you might find some other performances elsewhere… Here’s a list: http://www.rockyshows.net/