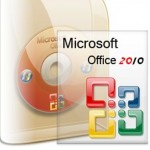 Microsoft has RTM’d their latest and greatest version of Microsoft Office. RTM is a “release to manufacturing”, which means that you will see it on store shelves and available from vendors very soon!

To be honest with you, I was not a MS Office fan until Office 2007 was released, and I fell in love with the power and reliability of that version, however a number of people were turned off by it, thinking the new release did not offer much incentive to upgrade over Office 2003, which many had just purchased at the time of the 2k7 Office release. Flash forward to the present and we have a similar situation about to occur. We’re still selling people on upgrades to 2k7 and recently encouraged a business to upgrade from their Office 2000 & 2003 versions to 2007, only to see Office 2010 around the corner.

There will be some early adopters who will jump at the chance to upgrade to 2010 the second it is available, and some will have the “wait and see” attitude where they will sit back and wait until they feel it is stable. And of course, there are going to be those who wait 4 years to upgrade due to many factors, such as an attitude that “what I have is working fine”, “I’m not giving Microsoft any more of my money”, and the ever popular “I can’t take the time to learn new software”. (We have some clients still running Office 2000 because of the last one)

We’re running Office 2k10 in house and it is working fantastic. Many improvements over the previous versions, and it seems as though it is rock solid even in this early release (beta) version, so we will be upgrading all of our machines to Office 2010 Professional Plus second it is available to us.

Now, what about your business? Let’s say you want to upgrade, but like some of our clients you just purchased Office 2007 and don’t want to spend the money to abandon what is working for you. If you purchased your Microsoft Office 2007 with Microsoft’s Software Assurance, then you are in luck, as a current SA (Software Assurance) agreement is going to get you the upgrade for free the moment it is released online this month!

All you will need to do is to go to the Volume Licensing Service Center (VLSC) to download the new software.

For those of you who are running earlier versions of Office, you can upgrade now to Office 2007 with Software Assurance and ensure you get a free upgrade to Office 2010 the moment it is released.