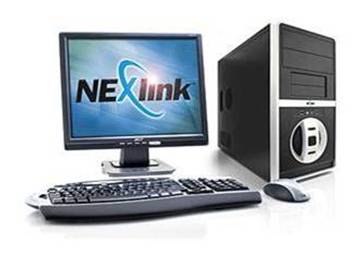 If you own a smartphone, you know what your cellular provider does to the phone before you get it. With Android based phones, each phone is subjected to a custom install of carrier specific “tools” laid on top of the beautiful Android OS.

Verizon thought you didn’t need the Google browser by default, so they sent you to Bing, and Sprint, they thought navigation would be better handled elsewhere, etc. So you really don’t get a Google Android phone the way Google intended it to be, and in turn, phones run slower, lack the ability to perform certain functions, and it sure makes it difficult to compare a Samsung Galaxy phone on Verizon to one on Sprint or another carrier because they don’t have the same exact install. Most consider them crippled.

You will find a growing number of people have opted to “root” their phones and bypass the garbage, or install a pure Google Android OS on it. Creating phones that run much faster than their stock counterparts.

What about computers? For years, manufacturers of computers have been bundling software with computers. This preinstalled software could add a specific function, allowing you to access features of a notebook that are not supported by the stock Microsoft Windows Operating System, or they could just be junk.

The “junk” ranges from demos of games and applications, to browser search bars and other tools.

It’s easy to see why a manufacturer would bundle a trial of Norton Anti-Virus, because if you register it, they likely get a kickback from Symantec, but, could manufacturers be loading something malicious?

In one article, a man has claimed that Samsung has loaded a keystroke logger on new notebooks… Samsung is denying this, and it is possibly that VIPRE is producing a false positive, but, none-the-less, a cause for concern. Time will tell in this matter.

All these things taken into consideration, it is easy to see why some people buy a new computer and immediately wipe and reload a pure Microsoft Windows operating system.

One reason we love offering computers from Seneca Data, such as the Nexlink series that we offer businesses, is that they do NOT come loaded down with junk. Though, they have in recent years begun to install a tool to allow for easy restore disk creation, a trial of Norton and a pre-load of the Microsoft Office trial, we believe these to actually be tools a new computer needs.  We CAN order them with NO operating system, and we can provide them with our own build of the OS to preimage.

Should you be interested in computer for your business that you are SURE do not come pre-loaded with unwanted software, you might want to give our Seneca Data Nexlink computers a serious look!  Call us at 864.990.4748 or email info@homelandsecureit.com for more information. We offer computer & server sales, service and support to Greenville / Upstate businesses and individuals.