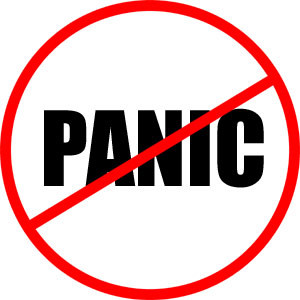 You’ve been hearing about it for a while now, but the time is has finally come for the first nationwide Emergency Alert System (EAS) test.

It is scheduled for November 9th, 2011 at 2pm Eastern and will last a few minutes.

You can get the full scoop on this event on the FCC site.

Of course, many conspiracy theorists can give you other reasons for the test, my favorite of which is that the Government is testing their ability to control of all media outlets, even phone lines, cell phones, and the internet itself. (As has been done in other countries).

The following letter comes from Charter, and while their email distribution from them is normally marked with a non-disclosure, this one was specifically authorized FOR distribution:

Re:         Charter to Participate in First Ever Nationwide EAS Test

This Wednesday, November 9, 2011 at 2:00pm EST, a nationwide test of the Emergency Alert System (EAS) will be conducted. Similar to local EAS tests conducted on a regular basis in our area, the national test will also include all broadcast TV stations, radio stations and video providers, including cable and satellite operators at the same time. As a result, all Charter systems nationwide will be participating in the test.

However…unlike the local EAS tests that usually last approximately 30 seconds, the nationwide test may last up to three and a half minutes.

This national EAS test will be conducted jointly by the Department of Homeland Security (DHS) through its Federal Emergency Management Agency (FEMA), the Federal Communications Commission (FCC), and the National Oceanic and Atmospheric Administration’s (NOAA) National Weather Service (NWS), the three federal agencies that have EAS management responsibilities.

Although the EAS has been in existence for over 15 years, there has never been an end-to-end, nationwide test of the system. The nationwide test is being conducted to verify the reliability of the EAS system and its effectiveness in alerting the public on a national scale.

The upcoming national test is critical to ensuring that the EAS works as designed. As recent disasters here at home and in Japan have reminded us, a reliable and effective emergency alert and warning system is key to ensuring the public’s safety during times of emergency.

Charter is currently in the process of preparing for the national test on November 9. We are providing a message to our customers in their bill statement (see below), and will utilize Weather Channel crawls, DCT messaging, .com and .net posts and cross channel TV commercials to provide our customers with awareness of the test. We will also be training our customer care team to effectively manage any increase in the number of calls we receive as a result of the test.

The first nationwide test of the U.S. Emergency Alert System will occur at 2:00 p.m. Eastern Standard Time on November 9, 2011, and it will interrupt programming on all channels from all service providers for a few minutes. Visit www.fcc.gov/pshs for more information.