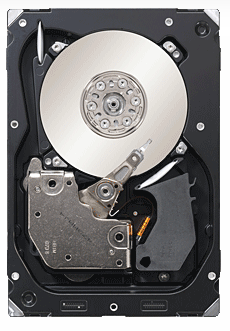 Hard drive prices have remained consistently high throughout 2012, but analysts predict they will do so through 2014.

This is due to the 2011 typhoon season and related flooding in Thailand that took major hard drive manufacturers offline and damaged factory facilities. Unfortunately, PC manufacturers saw the impending crisis and locked in contracts to insure they would be provided an adequate supply of drives, causing an across-the-board spike in prices at the register and outright shortages of supply.

Back in November 2011, I wrote an article that shows a visualization hard drive price inflation from before the flooding and after the flooding in Thailand. If you look again today, you will see that about this time last year (July through September) hard drives were 30 to 60 dollars cheaper than they are today, depending upon size.

There was a drop in prices in May of 2012, but still, the pricing remains consistently higher.

Bottom line: Spinning disk hard drives will likely continue to add costs to all computer equipment you purchase, whether it is a desktop, laptop, server, VoIP or video surveillance system for at least a year.

Obviously, machines such as NAS or SAN which have multiple hard drives may be many hundreds of dollars more expensive than they were a year ago too, but typical workstations and notebooks should only be 30 to 50 dollars higher. Again, the PC manufacturers have secured a lower unit price than end users will see if you are simply replacing a drive.

SSD (Solid State Drive) technology is dropping in price, and the lightning fast speeds may be exactly what it takes to motivate some of us into migrating towards them.

We can provide hard drives for your existing computers and replacement computers at competitive pricing for your business, so please do not hesitate to call us at 864.990.4748 with any questions you may have!